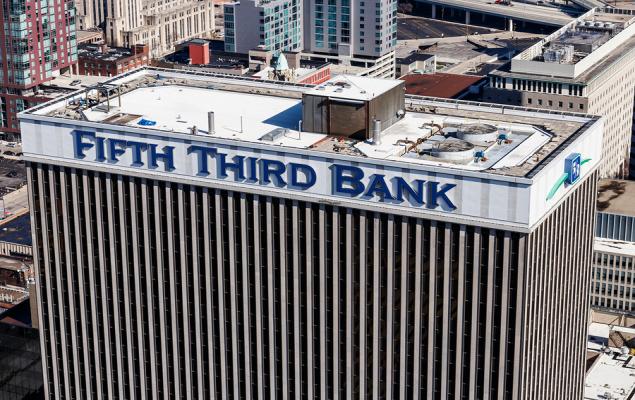 Fifth Third Bancorp FITB is scheduled to report fourth-quarter and 2021 results on Jan 20, before the opening bell. FITB’s December-quarter earnings and revenues are expected to have risen from the respective year-ago reported figures.

Before we analyze the factors that might have impacted the fourth-quarter earnings, let’s look at Fifth Third’s performance over the last few quarters.

This Cincinnati, OH-based lender has an impressive surprise history. Earnings topped estimates in all the trailing four quarters, the average being 19.7%.

FITB’s activities in the to-be-reported quarter were inadequate to win analysts’ confidence. As a result, the Zacks Consensus Estimate for fourth-quarter earnings of 91 cents has been unchanged in the past 30 days. Nonetheless, the figure indicates a 3.4% rise from the year-ago reported figure. The consensus estimate for revenues is pegged at $2.01 billion, suggesting growth of 2.3% from the year-ago reported figure.

Here are the factors that might have impacted Fifth Third ’s quarterly performance:

NII: In the fourth quarter, which is a seasonally strong quarter for loan growth, lending activity witnessed a decent acceleration, sequentially. Per the Fed’s latest data, the commercial and industrial loans, real-estate loans and consumer loan portfolios remained strong in October and November. Amid this, FITB is likely to have witnessed decent loan growth in the fourth quarter.

Also, the Zacks Consensus Estimate for average interest-earning assets of $186 billion for the quarter indicates a 1.7% rise from the prior quarter’s reported figure. This is expected to have driven interest income for the fourth quarter.

The consensus mark of $1.19 billion for NII indicates a slight increase, sequentially.

Management expects average loans and leases to be up 1%, sequentially. Compared with the prior-quarter level, NII is estimated to be down 1% while net interest margin is projected to decline three-four bps due to compression in loan yields.

Non-Interest Revenues: Per the Fed data, deposits improved in the quarter, led by stimulus-driven liquidity and a rise in money market balances. These are likely to have bolstered revenues from service charges on deposits. The consensus estimate of $154 million for the same suggests a 1.3% rise from the previous quarter’s actuals.

Mortgage rates increased sequentially in the to-be-reported quarter. Also, mortgage origination activities are estimated to have decreased dramatically, with the rising rates hampering refinancing activity. The Zacks Consensus Estimate for mortgage banking net revenues is pegged at $55 million, suggesting a 36% drop from the prior quarter’s reported number.

Card fees are likely to have improved on higher consumer spending owing to a decreased unemployment level and upbeat consumer optimism.

Expenses: Fifth Third’s ongoing strategic investments in areas like technology might have escalated expenses. Such escalation in costs might hinder bottom-line expansion in the upcoming period.

On a sequential basis, excluding seasonal items, management expects expenses to be flat to up 1% in the fourth quarter.

Let’s have a look at what our quantitative model predicts:

Fifth Third does not have the right combination of the two key ingredients — a positive Earnings ESP and Zacks Rank #3 (Hold) or higher — for increasing the odds of an earnings beat.

You can uncover the best stocks to buy or sell before they’re reported with our Earnings ESP Filter.

Stocks That Warrant a Look

BOK Financial BOKF, The PNC Financial Services Group, Inc. PNC and Huntington Bancshares Incorporated HBAN are a few companies worth considering as these have the right combination of elements to beat on earnings in their upcoming releases, per our model.

BOK Financial has an Earnings ESP of +3.64% and a Zacks Rank of 3 at present. BOKF is slated to report fourth-quarter and full-year results on Jan 19.

Over the past 30 days, BOKF’s Zacks Consensus Estimate for quarterly earnings has moved marginally downward.

PNC Financial is scheduled to release fourth-quarter 2021 and annual earnings on Jan 18. PNC, which is Zacks #3 Ranked at present, has an Earnings ESP of +2.29%. You can see the complete list of today’s Zacks #1 Rank (Strong Buy) stocks here.

PNC’s fourth-quarter earnings estimates have moved marginally lower over the past month.

Huntington Bancshares is scheduled to release earnings on Jan 21. HBAN, currently a #3 Ranked player, has an Earnings ESP of +1.46%.

The Zacks Consensus Estimate for Huntington Bancshares’ fourth-quarter earnings has remained unchanged over the past month.
Stay on top of upcoming earnings announcements with the Zacks Earnings Calendar.

A massive push to rebuild the crumbling U.S. infrastructure will soon be underway. It’s bipartisan, urgent, and inevitable. Trillions will be spent. Fortunes will be made.

The only question is “Will you get into the right stocks early when their growth potential is greatest?”

Zacks has released a Special Report to help you do just that, and today it’s free. Discover 5 special companies that look to gain the most from construction and repair to roads, bridges, and buildings, plus cargo hauling and energy transformation on an almost unimaginable scale.

Download FREE: How to Profit from Trillions on Spending for Infrastructure >>