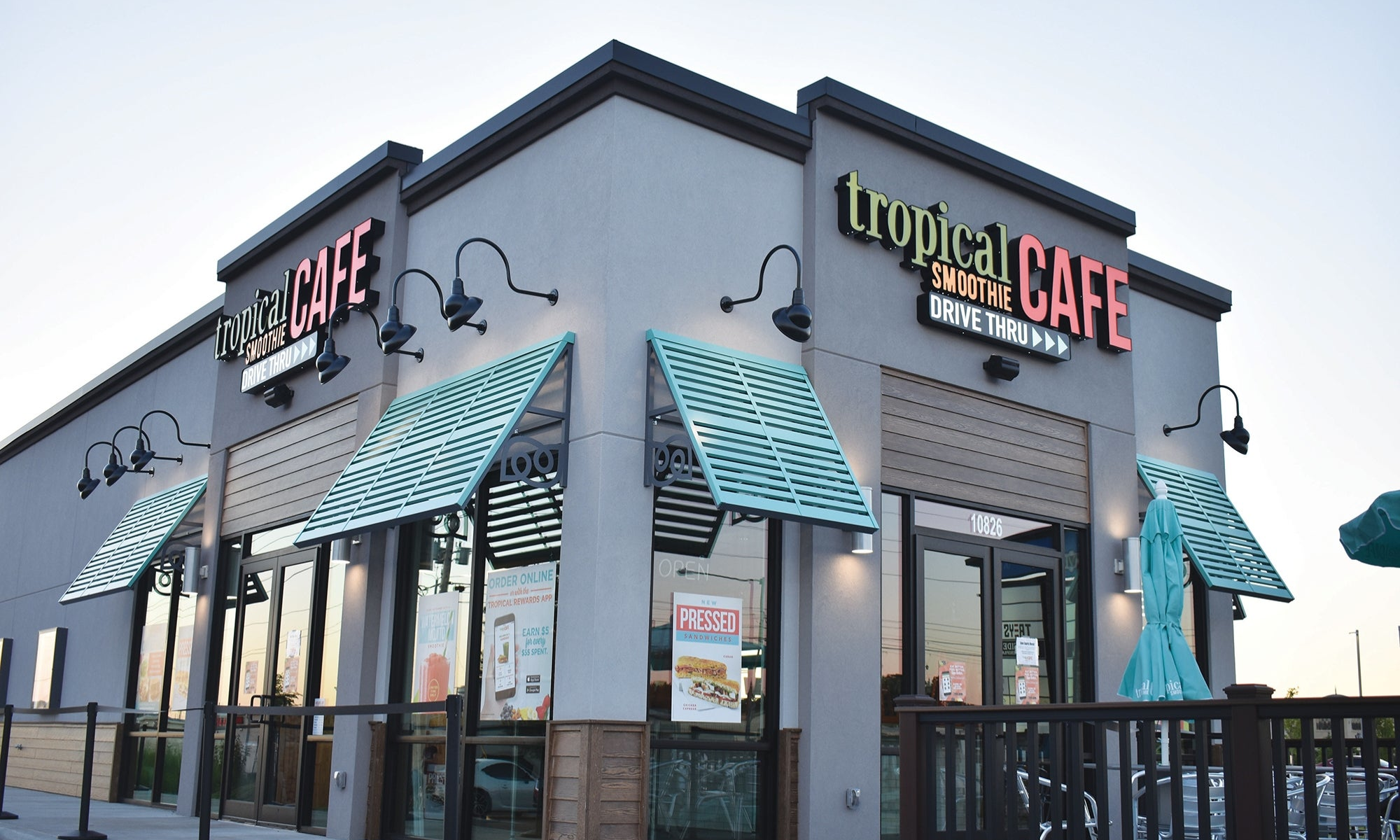 Back in 2015, Tropical Smoothie Cafe was No. 408 on our list. The brand has been on an upward trajectory ever since. It landed at No. 14 last year, and now for the first time it has cracked the Top 10. What made the difference? It had a record-­breaking 2021, having signed 300 new franchise agreements as of late November, and was on track to open 130 new cafes by year’s end. The brand also celebrated its 1,000th cafe milestone in September (after our July deadline for Franchise 500 data), and it saw an almost 25% increase in same-store sales over 2020. That’s its ninth consecutive year of growth. “When I took over nearly four years ago, I made the lofty goal of opening 1,500 locations by 2024,” says CEO Charles Watson, “but now I think I shot a bit low.”

In 2021, the brand invested in expanding its digital channels, which accounted for 75% of the company’s sales growth in the third quarter, and timed new menu items perfectly, with mocktail smoothies like the “Mango Berry Cosmo” introduced in early June, right as vaccination levels increased and millions more Americans began venturing out. (Record temperatures this summer didn’t hurt.) COVID-19 also gave many Americans a renewed focus on health and wellness. “Underlying health conditions unfortunately played a part in the negative outcomes of the pandemic,” says Watson. “But this heightened the awareness of health.”

Related: This Family of Tropical Smoothie Cafe Franchisees Is Using Their Business to Build Community

Like most businesses in 2021, Tropical Smoothie Cafe is still dealing with impacts from the pandemic, especially labor shortages and supply chain delays. But Watson says it navigated the crisis by sticking to the basics — strong relationships with franchisees and a reliable business model. With low initial investment costs and high sales potential, current franchisees often want to expand. That’s why 70% of new contracts are signed by existing owners. Although labor shortages continue to strain the service industry, the company’s upbeat work environment (frontline workers are called the “sunshine squad”) has helped retain employees. “Everything is so polarized right now, and we want to be an open space where everyone is welcome,” says Watson.