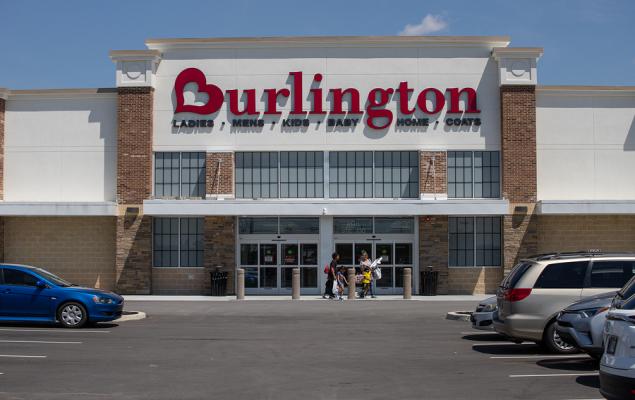 Shares of Burlington Stores, Inc. BURL have jumped 8.6% in the trading hours on Nov 23, following the robust third-quarter fiscal 2021 results. The top and the bottom line beat the Zacks Consensus Estimate and compared favorably with the respective year-ago tallies.
Quarterly performance was primarily buoyed by the successful execution of the Burlington 2.0 initiative. Also, BURL’s store-related efforts, including smaller store prototype, have been on track for a while. In fact, new stores, including smaller store prototype, are performing impressively.
Over the past six months, the stock has increased 2.4% compared with the industry’s rally of 18.2%.

Insight Into the Headlines

Comparable-store sales (comps) grew 16% from the third-quarter fiscal 2019 reading. Solid pent-up demand coupled with the residual impacts of the federal stimulus payments distributed in March and gains from the robust execution of the 2.0 strategy aided comps. Burlington Stores’ entire key merchandise categories comfortably outperformed their expectations and comp-store sales across all regions of the country performed impressively.

This presently Zacks Rank #3 (Hold) Burlington Stores ended the reported quarter with cash and cash equivalents of $1,185.4 million, long-term debt of $1,614.6 million and stockholders’ equity of $716.8 million. It exited the fiscal third quarter with $1,726 million of liquidity, including $1,185 million of unrestricted cash and $541 million available under its ABL facility.
Burlington Stores ended the quarter with $1,629 million of outstanding total debt, which comprises $953 million under its Term Loan Facility, $645 million of Convertible Notes and no borrowings under its ABL Facility.
Merchandise inventories were $1059.7 million, up 5.6% from the third-quarter fiscal 2019 tally. Comparable store inventories fell 24% from the level recorded in the same quarter of fiscal 2019. Reserve inventory accounted for 30% of the total inventory at the end of the reported quarter.
Burlington Stores bought back 512,363 shares for $150 million under its share repurchase plan in the fiscal third quarter. As of Oct 30, 2021, it had $250 million remaining under the existing share repurchase authorization.
During the reported quarter, Burlington Stores opened 40 net stores, raising the store count to 832. In the fiscal fourth quarter, it inaugurated additional eight stores and anticipates closing two outlets. In fiscal 2021, it projects to open 101 stores and relocate or shut down 24 outlets. This will add up to 77 net new outlets in the current fiscal year.

Management did not provide any specific sales and earnings view for fiscal 2021 (the 52 weeks ending Jan 29, 2022) due to the prevalent pandemic uncertainty and the pace of recovery of customer demand. Burlington Stores anticipates witnessing significant freight and supply-chain cost pressures through the fiscal fourth quarter.
For the fiscal fourth quarter, management now projects comp sales to grow in the low double-digit percentage range. Moving forward, BURL expects quite a favorable buying environment. At the end of the fiscal fourth quarter, in-store inventories are likely to be down in the mid-30% range. It forecasts a deleveraged operating margin of 250 bps during the impending quarter.
For fiscal 2021, management anticipates the operating margin to be flat with the 2019 tally. It expects about 360-bps deleveraged freight and supply-chain expenses with 350 bps of offsetting higher merchant margin and greater leveraged SG&A expenses.
Capital expenditures, net of landlord allowances for fiscal 2021, are likely to be roughly $425 million.

Target, a renowned omni-channel retailer, presently carries a Zacks Rank #2 (Buy). TGT has a trailing four-quarter earnings surprise of 19.7%, on average. The stock has surged 9.6% in the past six months.
The Zacks Consensus Estimate for Target’s current-year sales and EPS suggests growth of 14% and 39.6%, respectively, from the corresponding year-ago period’s levels. TGT has an expected EPS growth rate of 14.4% for three-five years.

The biotech sector is projected to surge beyond $2.4 trillion by 2028 as scientists develop treatments for thousands of diseases. They’re also finding ways to edit the human genome to literally erase our vulnerability to these diseases.

Zacks has just released Century of Biology: 7 Biotech Stocks to Buy Right Now to help investors profit from 7 stocks poised for outperformance. Recommendations from previous editions of this report have produced gains of +205%, +258% and +477%. The stocks in this report could perform even better.