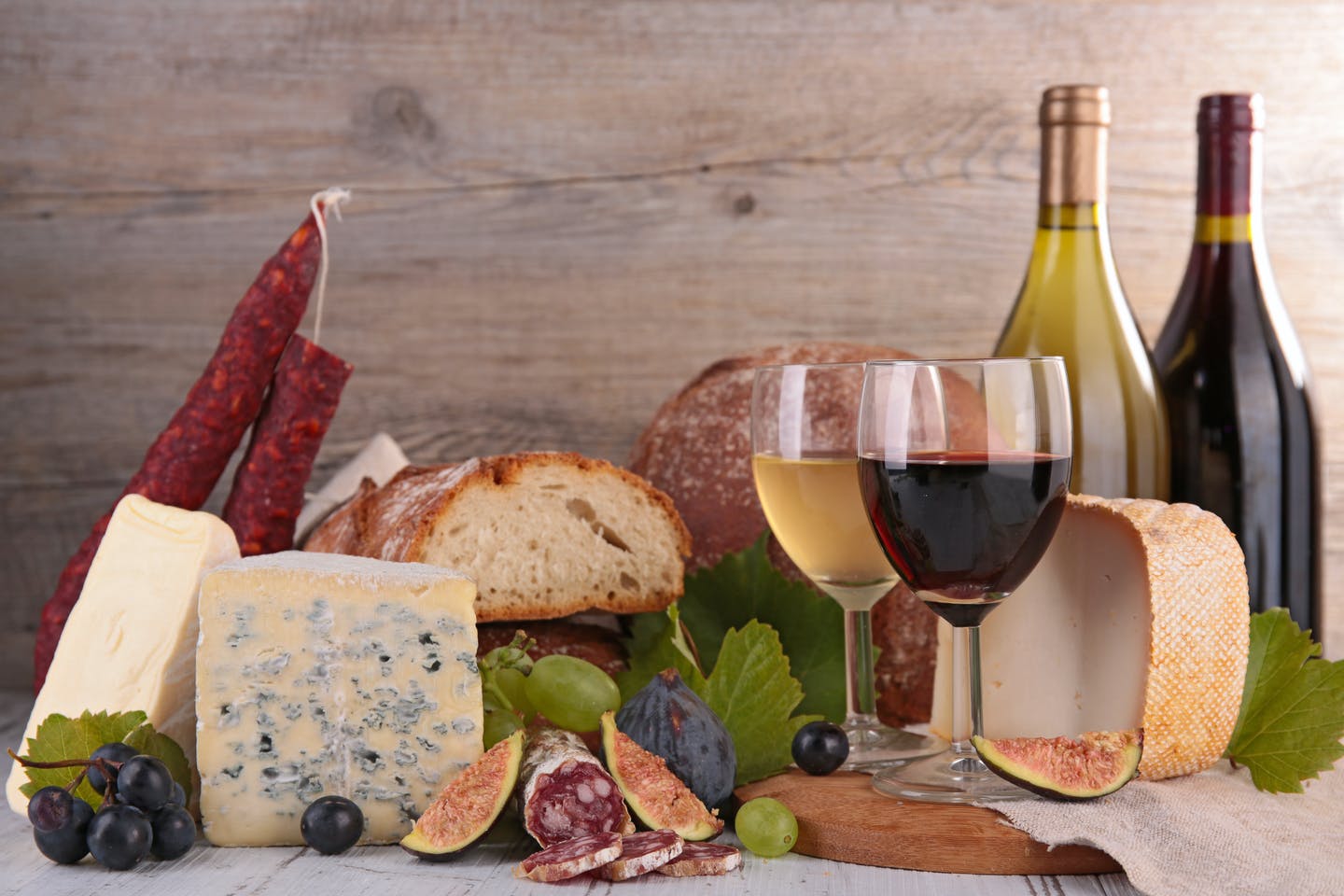 It’s hard to imagine a holiday table without bread, meat, vegetables, wine, beer or a board of French cheeses for those with more adventurous palates. Savoring these delicacies with family and friends is part of what makes the holidays so much fun.

These foods and drinks are courtesy of the domestication of several different animals, plants and microbes. Plant and animal domestication has been well studied, since it is thought to have been the most momentous change in recent human history.

Scientists know much less about the domestication of microbes, however, and as a result, society fails to appreciate their pivotal contributions to the foods and drinks that we enjoy all year long.

I am an evolutionary biologist studying fungi, a group of microbes whose domestication has given us many tasty products. I’ve long been fascinated by two questions: What are the genetic changes that led to their domestication? And how on Earth did our ancestors figure out how to domesticate them?

Curious too? Recent studies shed light on these questions, so grab some Camembert cheese and a beer, and keep on reading.

The hybrids in your lager

As far as domestication is concerned, it is hard to top the honing of brewer’s yeast. The cornerstone of the baking, brewing and wine-making industries, brewer’s yeast has the remarkable ability to turn the sugars of plant fruits and grains into alcohol. How did brewer’s yeast evolve this flexibility?

By discovering new yeast species and sequencing their genomes, scientists know that some yeasts used in brewing are hybrids; that is, they’re descendants of ancient mating unions of individuals from two different yeast species. Hybrids tend to resemble both parental species – think of wholpins (whale-dolphin) or ligers (lion-tiger).

Researchers have also discovered natural hybrids from the union of other Saccharomyces species. What is still unknown is whether hybridization is the norm or the exception in the yeasts that humans have used for making fermented beverages for millennia.

To address this question, a team led by graduate student Quinn Langdon at the University of Wisconsin and another team led by postdoctoral fellow Brigida Gallone at the Universities of Ghent and Leuven in Belgium examined the genomes of hundreds of yeasts involved in brewing and wine making. Their bottom line? Hybrids rule.

For example, a quarter of yeasts collected from industrial environments, including beer and wine manufacturers, are hybrids.

Amazingly, some hybrids trace their origins to three or four different parental species. Why all this hybridization?, you may ask. Much like the lager hybrids, these newly discovered hybrids differ in what they like to eat and how quickly they grow. These preferences, which come courtesy of hybridization, influence not only how people use them in brewing but also the flavor profiles of the resulting brews.

The mutants in your cheese

Comparing the genomes of domesticated fungi to their wild relatives helps scientists understand the genetic changes that gave rise to some favorite foods and drinks. But how did our ancestors actually domesticate these wild fungi? None of us was there to witness how it all started. To solve this mystery, scientists are experimenting with wild fungi to see if they can evolve into organisms resembling those that we use to make our food today.

Benjamin Wolfe, a microbiologist at Tufts University, and his team addressed this question by taking wild Penicillium mold and growing the samples for one month in his lab on a substance that included cheese. That may sound like a short period for people, but it is one that spans many generations for fungi.

The wild fungi are very closely related to fungal strains used by the cheese industry in the making of Camembert cheese, but look very different from them. For example, wild strains are green and smell, well, moldy compared to the white and odorless industrial strains.

For Wolfe, the big question was whether he could experimentally recreate, and to what degree, the process of domestication. What did the wild strains look and smell like after a month of growth on cheese? Remarkably, what he and his team found was that, at the end of the experiment, the wild strains looked much more similar to known industrial strains than to their wild ancestor. For example, they were white in color and smelled much less moldy.

Fungi spend a lot of energy producing pigments and pungent compounds that enable them to compete and defend themselves. Living comfortably on a diet of cheese and safe from predators means that losing the ability to produce, say, pigments may actually be advantageous. That’s because the energy saved can instead be spent toward growth of the fungal colony.

But how did the wild strain turn into a domesticated version? Did it mutate? By sequencing the genomes of both the wild ancestors and the domesticated descendants, and measuring the activity of the genes while growing on cheese, Wolfe’s team figured out that these changes did not happen through mutations in the organisms’ genomes. Rather, they most likely occurred through chemical alterations that modify the activity of specific genes but don’t actually change the genetic code. Such so-called epigenetic modifications can occur much faster than mutations. The path toward domestication appears to be quicker than previously thought, which will perhaps encourage adventurous cheese makers to begin experimenting with domesticating wild fungi for new flavors.

While you savor your favorite foods and beverages this holiday season, spare a thought for these microscopic fungi, how they evolved their mighty powers and how much more bland our world would be without them.

This article is republished from The Conversation, a nonprofit news site dedicated to sharing ideas from academic experts. It was written by: Antonis Rokas, Vanderbilt University.