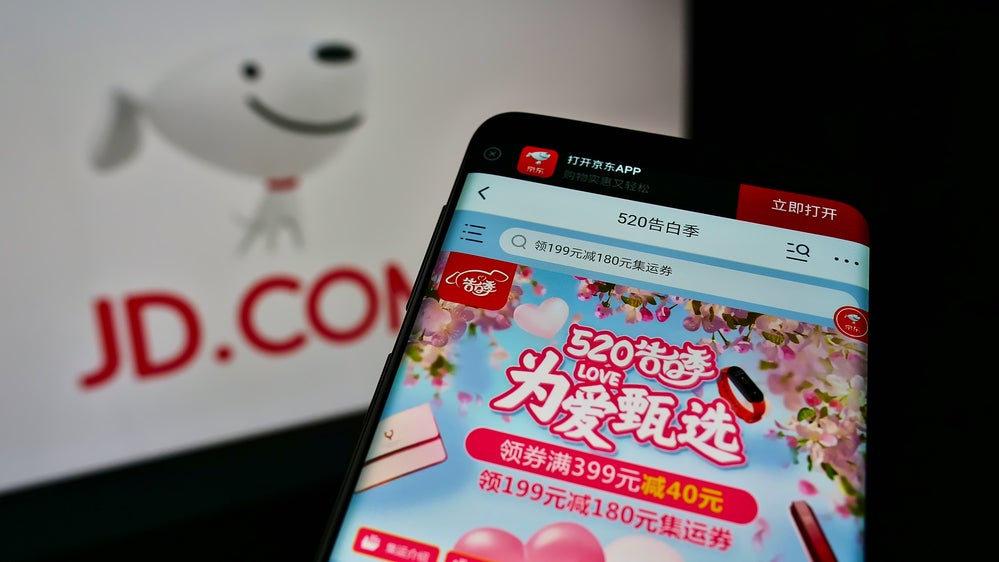 As a group, China-based e-commerce stocks are correcting, but JD.com (NASDAQ: JD) is bucking that trend.

As with U.S.-headquartered companies, Chinese firms represent a range of industries and sectors, so it’s not necessarily the case that all trade as a block. However, as China cracked down on a number of U.S.-listed China-based firms, many of those American Depositary Receipts hit the skids.

In addition, supply-chain woes, energy shortages and other Covid-19 related closures have affected many Chinese companies.

Let’s start with a look at JD.com, and how its chart shows a stock outperforming several of its peers.

Though perhaps not as well known to American investors as some of its industry peers, including Alibaba (NYSE: BABA), Pinduoduo (NASDAQ: PDD), Tencent (OTCMKTS:TCEHY), Vipshop (NYSE: VIPS) and Baidu (NASDAQ: BIDU), JD.com is a large company, with a market cap of $136.34 billion.

Even so, JD.com is slightly more volatile than the broader market, with a beta of 1.02.

The stock has been correcting below a February 17 high of $108.29. It fell to a session low of $61.65 on July 27, and successfully tested support near that level on August 19 and again on August 23, before beginning a somewhat choppy uptrend.

If you draw a trend line going back to March 2020, when the stock pulled back with the broader global market and found support at its 200-day moving average, you can see that it crossed that line recently.

That’s a good signal for investors seeking an earlier entry point than $108.29. A trend line can help you determine whether a stock’s overall direction is likely to continue.

A secondary trend line is also confirming JD’s technical strength: It’s close to overcoming shorter-term resistance above $94, and is now trading at its best levels since March of this year.

As noted above, plenty of risks remain with Chinese stocks at this time, and regulatory risk could ratchet up without warning.

For example, Alibaba has been in a downtrend for over a year, as Chinese authorities launched an antitrust investigation against the company, and later slapped it with $2.8 billion in fines.

Despite its nascent uptrend, JD.com was also the subject of regulatory action recently, as a Chinese state agency fined it and other firms for anti-monopoly violations. However, the penalty was only $80,000, which is essentially just a cost of doing business under a regime that can slap fines onto a company at any time.

So what are the prospects for this company?

In the most recent quarter, earnings declined 2% to $0.49 per share on revenue of $33.9 billion, which was up 32% from the year-earlier quarter. That was ahead of analysts’ views.

In addition to its recent uptrend, there’s other potentially good news for JD. On Friday, the Hang Seng index said it would be adding JD, along with Netease (NASDAQ: NTES), effective December 6.

When a stock joins a major index, it can be a boon for current shareholders, as all mutual funds and ETFs tracking that stock must rebalance and add shares of that stock. Because institutional investors constitute the bulk of trading volume, that can often result in significant gains.

On the heels of the strong earnings report last week, and news of the Hang Seng inclusion, the stock rallied last week in trading volume 36% heavier than normal. That followed a 10.80% price gain the previous week in volume 9% above average.