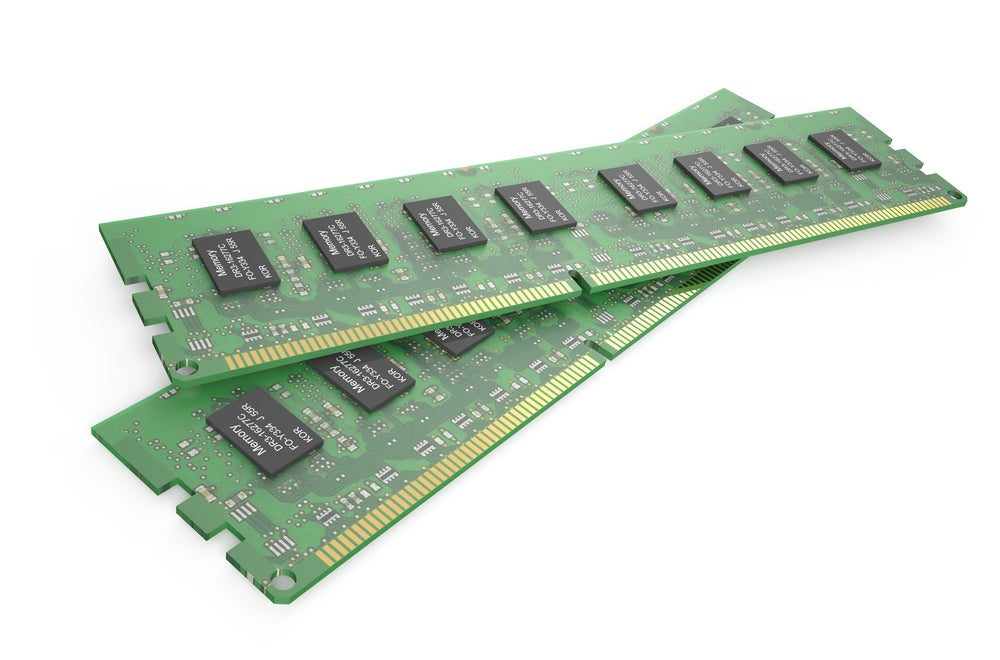 Despite a run of bad news in recent weeks, shares of semiconductor company Micron (NASDAQ: MU) found themselves among the better performing equities on Friday of last week as well as during yesterday’s session. Though they retreated from their highs into last night’s close, they were at one point up 15% in just two day’s worth of trading. Even with the weak close last night, they’re still up close to 30% since the middle of October. Not bad for a company that’s struggled to generate a positive headline since the summer and whose shares had been trending down since April.

The Boise, Idaho headquartered company was among those most affected by this past summer’s supply chain constraints, which manifested itself in lowered guidance in the company’s fiscal Q4 earnings last September. Though they managed to beat analyst expectations on the topline revenue and bottomline EPS, the drop in their forecasted fiscal Q1 revenue from $8.49 billion to $7.65 billion meant shares would continue to fall to 2021 lows. In the weeks afterwards, the situation appeared to only get worse.

Research firm TrendForce were out in early October with a report that suggested the prices for Micron’s core DRAM memory chips were likely to fall in 2022. In addition, they forecasted that a combination of declining demand from chip buyers and waning spot prices would put significant pressure on the profit margins of Micron and other DRAM providers heading into next year. A week later, Mizuho analyst Vijay Rakesh cut his rating on the company from Buy to Neutral, noting at the time that “there is evidence of weaker demand for DRAM chips that are commonly used in PCs, as well as slower mobile handset sales in China that could impact the rollout of 5G wireless service around the country.” The Mizuho team thinks DRAM chip prices could drop by 8% to 10% a quarter on a year-over-year basis between now and the middle of 2022, echoing those concerns from TrendForce.

]The folks over at Bank of America followed suit towards the end of October, initiating coverage on Micron shares with a cautious Neutral rating, for the most part based on the aforementioned DRAM concerns. While analyst Vivek Arya and the team were impressed with management’s solid execution and achievements so far with regards to free cash flow returns, there were too many near term supply chain and pricing headwinds in place for them to be any more bullish.

A street low price target of $58 came through then three weeks ago from Bernstein, with analyst Mark Li noting “that the current state of the memory chip market is such that things aren’t likely to improve in any noticeable measure for the near term.” But despite all of these bearish comments and cautious outlooks however, Micron shares have demonstrated a consistent bid for the better part of the past month and as mentioned are up close to 30%.

It could be that the bears overplayed their hand, and that the longer term potential of Micron became more and more attractive as the share price dipped. An earthquake in Taiwan this time last month threatened to tighten supply, and Wells Fargo came out strong with bullish comments about a potential quick increase to DRAM prices as a result. Their $115 price target implies there’s more than 35% upside to be had from where shares closed last night, and if you fancy initiating a fresh position in Micron stock, you could do worse than picking up some here.

Much of the bear case is already priced in, and it must be recognized that these are near-term headwinds we’re dealing with, rather than longer term structural concerns. Both Citi and Evercose/ISI were out late last week with bullish comments on Micron and the semiconductor industry as a whole. Citi’s analyst Christopher Danely said in a research note that “recent channel checks show there has been some increased demand for DRAM memory among PC makers, and that a pricing correction in the DRAM market is drawing to a close“. Evercore ISI’s C.J. Muse has added Micron to his top picks list and believes their earnings could begin to recover as early as February 2022.

The smart money seems to be positioning itself for a trend reversal in Micron, and it’s looking like the pattern of bad news over the past few months has finally run out of steam.