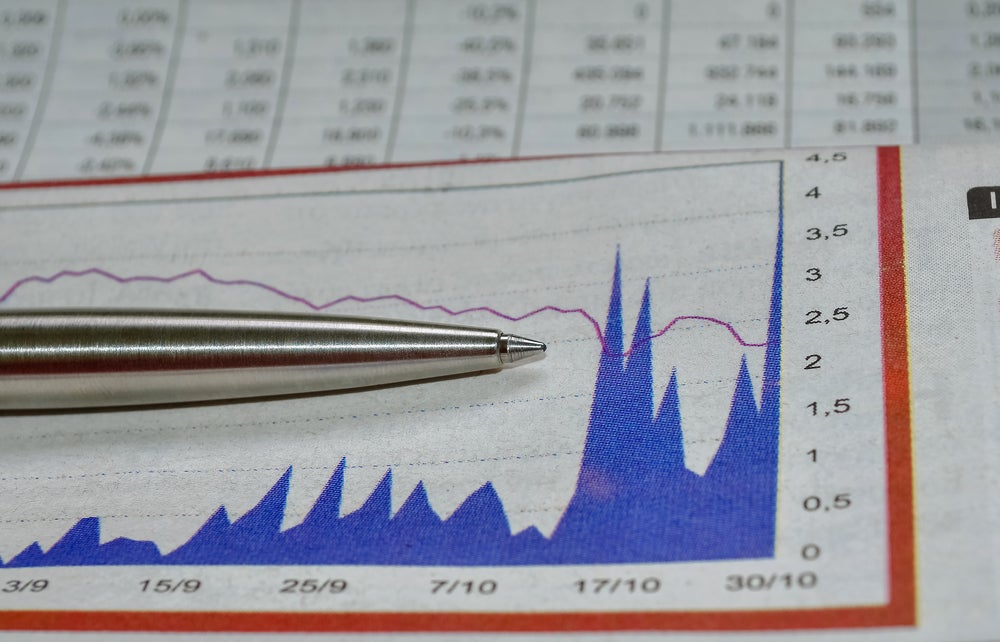 Shares of cloud-based lending platform Upstart Holdings (NASDAQ: UPST) are down 21.66% in the past week and 43.62% in the past month.

Despite those declines, which appear dire, this is a stock with a great deal of promise ahead.

Revenue is mainly driven by fees paid by these bank partners.

Since then, it’s declined another 19%, but remains nearly 19% above its 200-day moving average.

Third-quarter results were strong, with earnings coming in at $0.60 per share, up 253% from a year ago, and trouncing expectations of $0.21 per share, according to MarketBeat data.

Here’s some perspective on the selloff: Upstart’s year-to-date gain is an astounding 407.90 %, which suggests there was an element of “priced to perfection” before the selling began in mid-October.

That means the sales and earnings not only had to show solid growth, as they did, but investors were clearly expecting even more, likely in the form of forward-looking guidance.

For the fourth quarter, the company expects:

Upstart raised its full-year revenue guidance to $800 million, an increase of $50 million, but that’s a smaller increase than in prior quarters.

It’s exactly that kind of nitpicky detail that can sometimes cause investors to take some money off the table, particularly after such a strong run-up in recent months.

Nonetheless, this appears to be a company with a bright future as a disruptor in the lending space.

In the earnings conference call, CEO Dave Girouard reported on progress in several fronts in the 12 months.

“A year ago, we had 10 bank and credit union partners on our platform. Today we have 31 partners and we’re adding them faster than ever. We’re also making progress in how rapidly we can onboard these partners. In fact, our most recent bank partner went live on the platform in less than 50 days,” he said.

“A year ago, a handful of auto loans had been refinanced in a single state. Today, more than 4,000 Upstart powered auto loans, have been originated in 47 different states. We also became a digital-first company this year. In Q3 of 2019, 100% of our new hires were located in either California or Ohio,” he said.

Despite this rapid progress, and the seemingly rapid pace of technological and business disruption, there’s still plenty of room for growth, and the company will need some time to accomplish its objectives in the consumer finance arena.

It’s not uncommon to see newly public stocks show more volatile trade than well-established companies. Upstart’s rapid price growth since going public a little less than a year ago moved it quickly into large-cap territory, and it now sports a market capitalization of $16.10 billion.

Even at that size, it’s still prone to sharp pullbacks, so this current decline is not particularly surprising. It’s too soon to call this one a “buy,” but it’s worth keeping an eye on as the current base hits a bottom, and the stock goes back into rally mode, which will eventually happen, given the company’s potential.