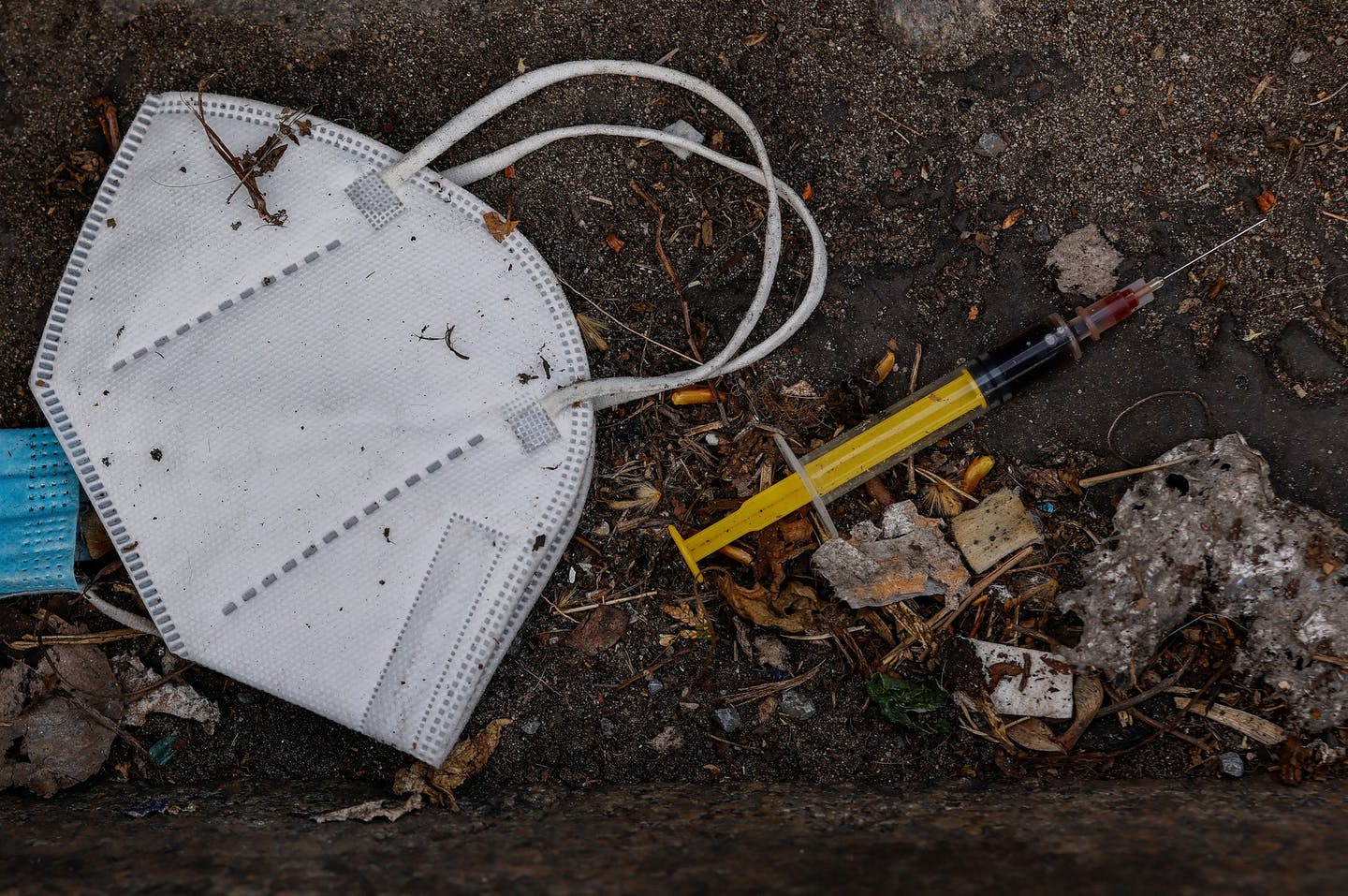 For the past 20 years, I have been engaged in efforts to end the opioid epidemic, as a public health official, researcher and clinician. And for every one of those years I have looked on as the number of deaths from drug overdoses has set a new record high.

Yet even knowing that trend I was surprised by the latest tally from the CDC showing that for the first time ever, the number of Americans who fatally overdosed over the course of a year surpassed 100,000. In a 12-month period ending at the end of April 2021, some 100,306 died in the U.S., up 28.5% over the same period a year earlier.

The soaring death toll has been fueled by a much more dangerous black market opioid supply. Illicitly synthesized fentanyl – a potent and inexpensive opioid that has driven the rise in overdoses since it emerged in 2014 – is increasingly replacing heroin. Fentanyl and fentanyl analogs were responsible for almost two-thirds of the overdose deaths recorded in the 12 months period ending in April 2021.

It is especially tragic that these deaths are mainly occurring in people with a disease – opioid addiction – that is both preventable and treatable. Most heroin users want to avoid fentanyl. But increasingly, the heroin they seek is mixed with fentanyl or what they purchase is just fentanyl without any heroin in the mix.

While the spread of fentanyl is the primary cause of the spike in overdose deaths, the coronavirus pandemic also made the crisis worse.

The geographical distribution of opioid deaths makes it clear that there has been a change during the pandemic months.

Before the COVID-19 health crisis, the skyrocketing increase in fentanyl-related overdose deaths in America was mainly affecting the eastern half of the U.S., and hit especially hard in urban areas like Washington, D.C., Baltimore, Philadelphia and New York City. A possible reason behind this was that in the eastern half of the U.S., heroin has mainly been available in powder form rather than the black tar heroin more common in the West. It is easier to mix fentanyl with powdered heroin.

COVID-19 resulted in less cross-national traffic, which made it harder to smuggle illegal drugs across borders. Border restrictions make it harder to move bulkier drugs, resulting in smugglers’ increased reliance on fentanyl – which is more potent and easier to transport in small quantities and as pills, making it easier to traffic by mail. This may have helped fentanyl spread to areas that escaped the earlier surge in fentanyl deaths.

Opioid-addicted individuals seeking prescription opioids instead of heroin have also been affected, because counterfeit pills made with fentanyl have become more common. This may explain why public health officials in Seattle and elsewhere are reporting many fatalities resulting from use of counterfeit pills.

Another factor that may have contributed to the soaring death toll is that the pandemic made it harder for those dependent on opioids to get in-person treatment.

More than anything else, what drives opioid-addicted individuals to continue using is that without opioids they will experience severe symptoms of withdrawal. Treatment, especially with buprenorphine and methadone, has to be easy to access or addicted individuals will continue using heroin, prescription opioids or illict fentanyl to stave off withdrawal. Some treatment centers innovated in the face of lockdowns, for example, by allowing more patients to take methadone unsupervised at home, but this may not have been enough to offset the disruption to treatment services.

And maintaining access to treatment is crucial to avoid relapse, especially during the pandemic. Research has shown that social isolation and stress – which became more common during the pandemic – increase the chances of a relapse in someone in recovery.

In the past, one slip might not be the end of the world for someone in recovery. But given the extraordinarily dangerous black market opioid supply, any slip can result in death.

[You’re smart and curious about the world. So are The Conversation’s authors and editors. You can read us daily by subscribing to our newsletter.]

This article is republished from The Conversation, a nonprofit news site dedicated to sharing ideas from academic experts. It was written by: Andrew Kolodny, Brandeis University.

Andrew Kolodny receives federal funding for research on opioid addiction treatment and serves as an expert witness on behalf of states and counties in litigation against the opioid industry. He is also a co-founder of Physicians for Responsible Opioid Prescribing.