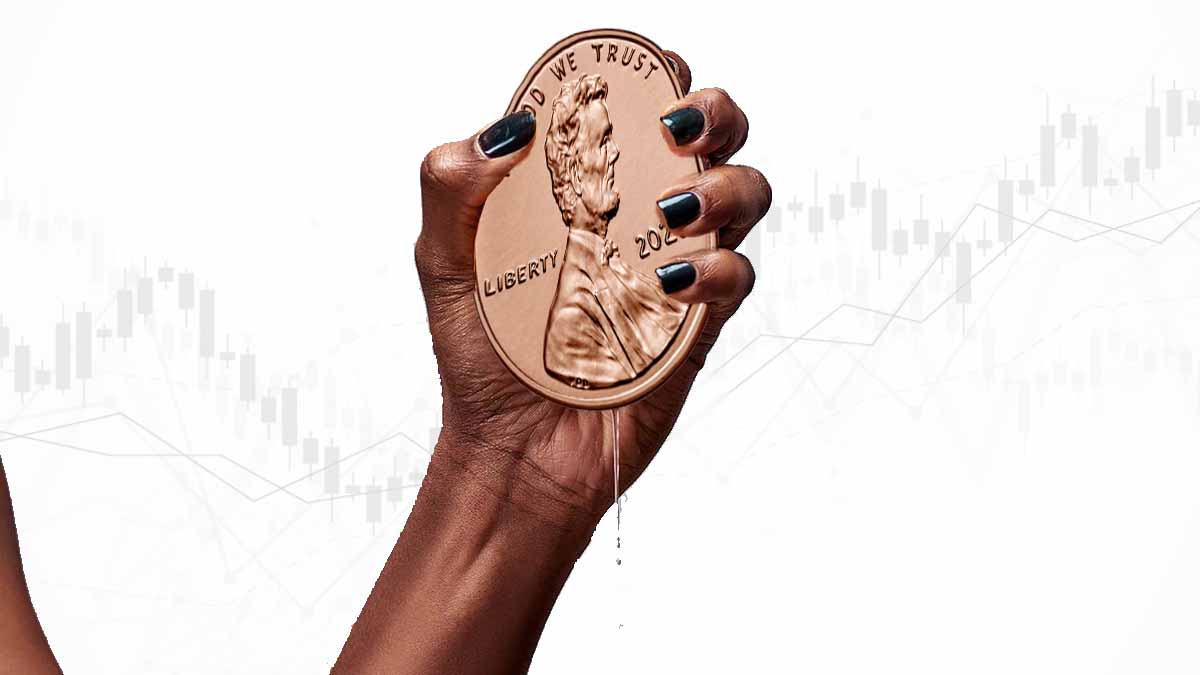 This is going to be an exciting week for the stock market. We’ve got the US Thanksgiving holiday on Thursday followed by a half-day for equities on Friday. For some, this isn’t a week to slow down but to hit the accelerator, especially when it comes to penny stocks. Though broader markets will stick to their trends, we’re sure to see some fireworks in the land of small- and micro-cap stocks. It’s almost like clockwork; each year during shorter, holiday weeks, retail attention focuses on cheap stocks to buy.

Adding to this, traders tend to look for different trends. Recently, there’s been a growing interest in things like EV and renewable energy. Then again, you also can’t ignore the digital asset and metaverse stocks that have popped up this quarter as well. Everything from cryptocurrency and NFTs to virtual worlds and digital ecosystems is grabbing attention.

Are there other trends to track? Of course, and a few of these trends center around more technical traits. Things like low float and short squeeze stocks remain a hot button. That’s thanks, in part to what we saw earlier this year with the rise of the “apes” and the dramatic breakouts for countless meme stocks. This is where we’ll look today; stocks with higher short interest. There’s no guarantee that they’ll experience a short squeeze. As they say, knowing is half the battle.

One of the newest meme stocks to watch is Camber Energy. The company caught the sweeping interest of retail traders during late summer. Shares of CEI stock exploded from below $0.35 to highs of $4.85. But just as quickly as it broke out, so too did it break down. One of the biggest bearish catalysts came in the form of a short report from Kerrisdale Capital citing concerns about the company compared to the market activity at the time.

Read more: Top Penny Stocks to Add to Your Watchlist in Late November

Regardless, CEI stock continues catching intermittent boosts in trading momentum. This last week has been one of those periods, thanks to a response to these exact claims made by Kerrisdale.

Camber has worked to solidify a deal with ESG Clean Energy LLC. The company develops net-zero carbon footprints and offers clean energy solutions. Camber and ESG signed an agreement for an exclusive license to specific stationary electric power generation intellectual property. This included the way heat from manufacturing was captured and reused for other power needs.

In its statement, ESG expressed the information given from Kirrsdale contained “misleading and inaccurate” information. With this response, there has been a bit more optimism in the market during the second half of November.

While CEI stock isn’t the highest on the list as far as short interest goes, it has a higher percentage than others in the stock market today. Fintel data shows the short float percentage for CEI sitting just over 13% right now.

If there’s been one company consistently on a watch list this year, it has been Senseonics. Despite a recent pullback from November highs, SENS stock has made a big move year-to-date. Where certain penny stocks experience a big move over one or two days and then whisk away, never to be heard from again, Senseonics has managed a consistent uptrend from under $1 in January to over $3.50 to start this short week.

The medical device company has found its niche in glucose monitoring. Its Eversense platform gives patients the ability to track glucose data without finger-prick methods, which is relatively mainstream. The device is implanted into each person, and then it sends signals to an application throughout the day for constant monitoring.

Earnings are on the docket for hundreds of companies this month. Senseonics reported its latest round earlier in November. Following an EPS beat, the market seems focused on what’s coming next for the company. In particular, Eversense is currently in review by the FDA for Premarket Approval and an expected decision in the coming months. Keep this in mind if SENS stock is on your watch list right now.

As far as the percentage of the float that’s short in this stock, Fintel data shows that figure sitting around 25.24% right now.

A long-time placeholder on our list of penny stocks with higher short interest is Progenity. In fact, since late September, PROG stock has been at the center of the spotlight when it comes to this trend. In addition, Progenity has worked toward advancing its Preecludia platform, which is a preeclampsia rule-out test. The platform aids physicians in evaluating and managing patients with potentially compromised pregnancies. The company has engaged an advisory firm to launch its licensing initiatives.

Further to this, Progenity also received a patent allowance for one of the critical assays for the test.

Other than the future of Preecludia, Progenity has also worked to streamline and lean out its operations. In the company’s Q3 business update, management explained that the company implemented cost-cutting measures that could result in roughly $145 million in savings annually.

“Progenity is making great strides in its transformation into a biotherapeutics company. I’m looking forward to accelerating this process, and to helping the company efficiently advance its innovation pipeline, which has great potential to impact the diagnosis and treatment of serious diseases,” said Adi Mohanty, Chief Executive Officer of Progenity.

Even with this brighter outlook for the overall transformation of Progenity, short interest remains a key catalyst. According to Fintel data, PROG stock’s short float percentage sits around 19.5% right now.

Shares of Aspira Women’s Health have seen a very different response in the market compared to SENS. However, a recent spike in trading volume may have turned some attention to AWH stock at the end of last week. Aspira dropped heavily after reporting mixed earnings, but Friday’s November 19th session saw a noticeable reversal in trend. The penny stock bounced from lows of $2.13 to after-hour highs of $2.62.

Similar to Senseonics, earnings were the latest fundamental development reported on by the company. Although Aspira missed the EPS estimate, it was able to beat on sales. It reported $1.67 million compared to an expected $1.62 million from analysts. Furthermore, the women’s healthcare company discussed considerable progress in its product collaboration with the Dana Farber Cancer Institute and completed a Phase 1 proof-of-concept study for developing an ovarian cancer screening application. The company’s also waiting on awaiting a resolution from the FDA regarding its Endocheck product by the end of the year. This is Aspira’s platform to identify Endometriosis in patients.

Similar to Camber Energy, Vinco Ventures has become a frequent mention on the active list of meme stocks to watch right now. The tech company has several angles that have helped it gain interest among traders this year. From its deal for a TikTok competitor technology platform to a spin-off of a crypto company, BBIG stock has had plenty of catalysts along the way. This has culminated into a year-to-date move of more than 260%.

While most of the previous interest has stemmed from its Cryptyde spin-off, speculation could have begun building heading into next week. One of the biggest reasons for this has to do with its November 19 update. Management said it will report Q3 earnings after the bell on November 22 (today). There’s also a webcast and conference call set for November 23. Even with this speculative momentum, it’s important to note that earnings can present a higher risk situation. Depending on what’s reported, the market can respond in kind, and sometimes that isn’t in favor of the bulls. Keep this in mind if BBIG stock is on your list right now.

As far as short data is concerned, Fintel shows BBIG with a short float percentage of 25.67% heading into earnings.

Are Short Squeeze Penny Stocks On Your Radar?

Short squeezes can be very exciting, especially when it comes to short-term breakouts. However, it’s essential to understand that they can also break down just as quickly as they move higher. So if any companies with high short interest are on your list, don’t solely bank on the fact that there’s “a short” in a stock. Doing additional research and understanding underlying catalysts is important, especially regarding penny stocks (with or without higher short interest).