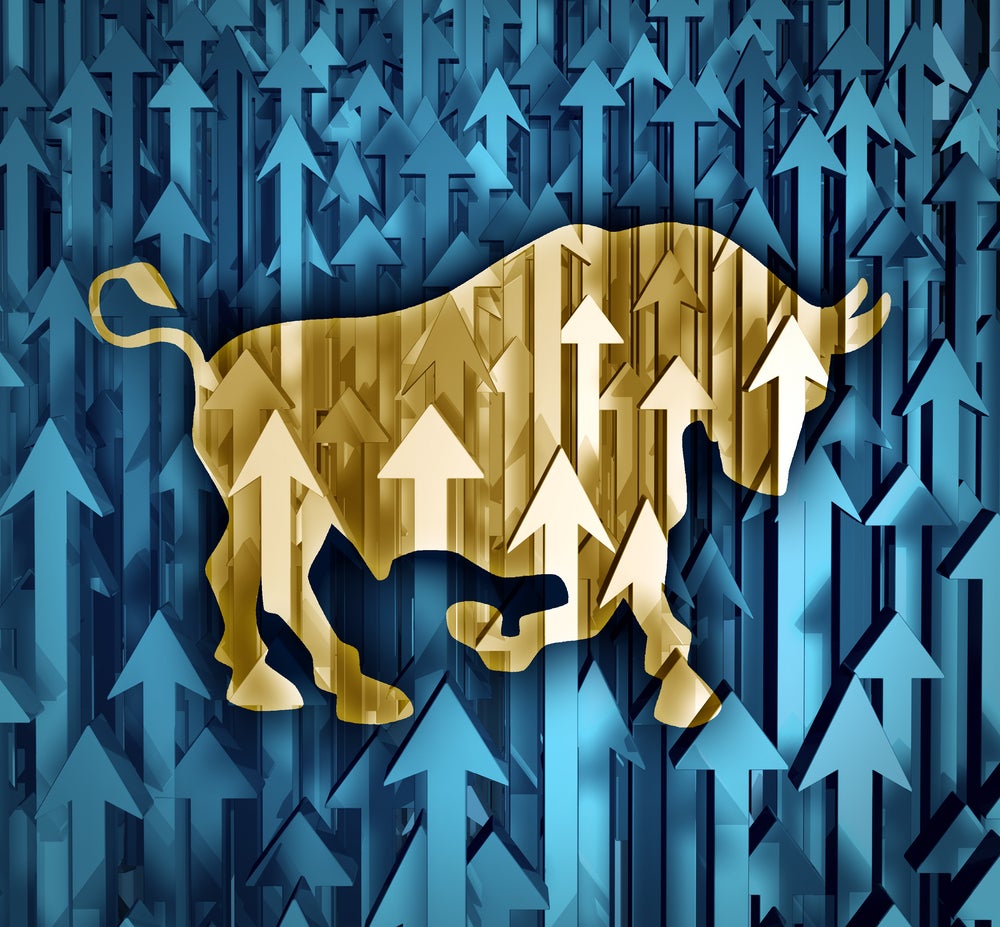 Whether you prefer fundamental, technical, or quantitative analysis, there is no perfect potion. With so many factors moving the markets (including social media chatter) each approach can only get you so far. Sometimes a bit of good fortune does the rest.

With this said, investors that like to study price charts have one of the more potent weapons at their disposal when its come to capturing winning stocks—and its far from brand new.

Classic chart patterns have been around for decades. They are formed through a series of trendlines that foretell an impending uptrend or downtrend. They too are far from foolproof but can be am amazingly accurate predictor of a stock’s future direction.

Bullish and bearish chart patterns take shape every day. While seasoned veterans can spot them in heartbeat, nowadays there are sophisticated software programs that can identify classic patterns.

Let’s look at a few bullish formations that have recently unfolded in the large cap space.

Roper Technologies (NYSE: ROP) had a bottom triangle form on its daily chart last week. This pattern is characterized by the convergence of a pair of trendlines that mark a stretch of higher lows and lower highs. The range of the trendlines narrows and volume slows before the price breaks above the upper trendline in increased volume. It is considered a bullish pattern that marks a reversal of the downtrend.

In the case of Roper Technologies’, the bottom triangle took about 30 trading days to form and has a similar expected duration. By the time to new uptrend plays out over roughly 30 days, the stock could run to $542 to $554 range. At the midpoint, this represents 12% upside in a little over a month.

If it gets to the target, Roper Technologies will have reached yet another all-time high, something it has done consistently over the last 10 years. The provider of software and related products for the industrial sector has repeatedly been a ‘buy the dip’ opportunity and the current pullback is no exception. Roper has exposure to several markets that are expected to perform well in the post-Covid world including environmental testing, electronic surveillance, and the remote workforce theme.

Is Boeing Stock in a New Uptrend?

Boeing (NYSE: BA) has trended lower since March but a pair of new chart patterns suggest the slide is over. On Monday, a diamond bottom came to fruition on the daily chart. This is a pattern that starts to take shape during a downtrend of higher highs but lower lows. As the highs hit a peak and the lows start moving higher, the four trendlines form a diamond shape. Finally, once the price shoots up and out of the diamond, a new uptrend has begun.

Adding credibility to the suspected uptrend is a second pattern that formed the same day. A megaphone bottom shows us that recent trading activity has been erratic and after Monday’s high-volume gapper, a more controlled uptrend is underway.

Both bullish reversals are expected to play out over the next three months. If they hold true to form, Boeing will be back into the $250’s by mid-February. And if they don’t, this will be an unusual case of two bullish signals stymied by fresh market action.

Boeing shares have recovered nicely from the market bottom but remain about $200 from their pre-pandemic peak. Turbulence related to the air travel slowdown and Dreamliner delays remain, but given this week’s reversal the stock is likely to climb higher heading into 2022.

What Do Corning Stock’s Technicals Suggest?

Corning (NYSE: GLW) has been in a downtrend since April but the bottom finally appears to be in. Late last week a megaphone bottom took hold on the daily chart signaling the stock’s decisive upward move after a post-earnings gap down.

The market slammed the glass and optical fiber specialist on October 26th for falling short of the third quarter earnings expectation. It has since had a major change of heart. Investors have decided that higher input and logistics costs tied to supply chain constraints will eventually subside and allow Corning’s well-diversified revenue growth to shine through. The company has a unique mix of growing end markets from automotive and consumer electronics to communications and life sciences.

Wall Street reacted optimistically to the third quarter report which showed strong underlying revenue trends across the business. Investors have embraced analysts’ bullish tone since Corning shares slumped to the $36 level sparking a rally to $39.

Whether the stock can sustain its current momentum remains to be seen. It is on a three-day losing streak this week but volume is rather benign. If the megaphone breakout does play out as the classic pattern prophesizes, Corning could break past the key $40.92 resistance level and reach the mid-$40’s by year-end.