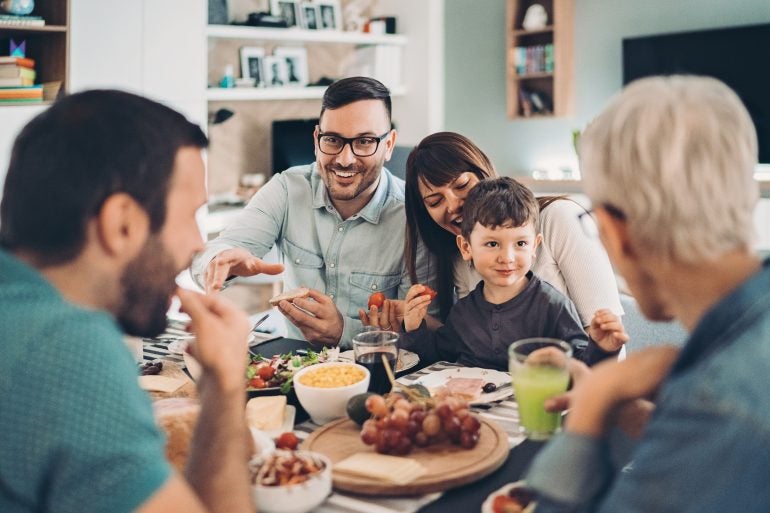 Holiday gatherings may present an opportunity to talk to your parents about important money issues, such as estate planning or long-term care. The need to discuss this stuff may feel particularly acute if you don’t see your folks often or these are the first holidays you’ll be together since the pandemic started.

Tread carefully, though, because these discussions can easily go wrong. Diligent preparation, the right approach and a respectful attitude can help your family tackle potentially uncomfortable subjects without ruining the holiday, advises Amy Goyer, AARP’s national family and caregiving expert.

Ideally, families would talk “early and often” about issues related to aging, she says. The more remote or theoretical the topic, the easier it can be to discuss. For example, talking about how to pay for assisted living or a home health aide may be less fraught when the need is hypothetical than when your parent has just fallen down the stairs or is in the hospital.

“Finances are hard to talk about, much less in some kind of a crisis,” Goyer says.

Most U.S. adults say there are obstacles when it comes to discussing important financial topics with family, according to a study published in October from financial services firm Edward Jones in partnership with Age Wave and Harris Poll. The top issues include: avoiding family conflicts (22%), trying to avoid burdening family members with their finances (20%) and being too uncomfortable to discuss these topics (18%).

If you want to talk to your parents about money, consider the following steps.

Goyer bristles when people talk about having to “parent their parents” because the phrase sounds disrespectful to her. Having a superior or condescending attitude toward your parents, or trying to tell them what they should do, will just make the conversation harder, she says.

“Even though your role changes, you are still their child, and therefore they deserve your respect,” Goyer says.

Instead, research some options in advance so you can present choices to your parents rather than issuing orders. If they don’t have long-term care insurance, for example, they might be able to sell investments or tap their home equity to pay for a nursing home stay. If they don’t have an advanced directive or other estate planning documents, you could offer to help them use estate planning software or find them an estate planning attorney. If bills aren’t being paid, you can offer to set up autopayments, take over bill paying or find a daily money manager who will do it for a fee.

“The point is for them to get what they want — that their wishes will be adhered to,” Goyer says.

How you broach the topic will depend on your family dynamics. An indirect approach would be to mention that you read an article on the topic or saw something on TV about it, or that you’re doing similar planning for yourself.

“For some people, an indirect approach is more effective,” Goyer says. “For other people, they’re going to see right through you and be angry that you’re indirect.”

Take the approach you think will work best with your parents. However you bring it up, pivot quickly to asking for your parents’ perspective. It’s important to listen more than you talk, especially at the beginning.

She says you could pose it as a question, such as: “‘Do you ever feel like you might like to have a little bit of help to do that?’”

Ask follow-up questions and consider paraphrasing what you’re hearing to show that you’re actively listening (using phrases like “What I’m hearing you saying is … ”). People who feel heard are less likely to be defensive and more likely to listen to what you have to say, Goyer says.

If your parents aren’t troubled by a situation, but you are, Goyer recommends using “I” statements.

“Never start anything with, ‘You need to,’” Goyer says. “Instead, say, ‘I’m concerned about’ or ‘I want to help you.’ Your role is to provide support for them.”

That support includes staying calm if your parents get angry, fearful or sad. Your folks may be embarrassed about their financial situation, worried about the future or resistant to the idea of needing help. Acknowledge those feelings, even if you don’t agree with their viewpoint, Goyer says.

But be prepared to drop the subject, at least for the time being, if tensions remain high.

“For some people, (discussing money) is fine, but for others, it’s going to ruin the holiday,” Goyer says. “Maybe the holiday is when we observe, and we make a plan to talk later about it.”

The Harris Poll survey on behalf of Edward Jones and Age Wave was conducted from August 12-16, 2021, among 2,020 U.S. adults ages 18 and older. Results were weighted where necessary to bring them into line with their actual proportions in the population.

This article is meant to provide background information and should not be considered legal guidance.

This article was written by NerdWallet and was originally published by the Associated Press.

The article How to Talk Money With Your Parents This Holiday originally appeared on NerdWallet.