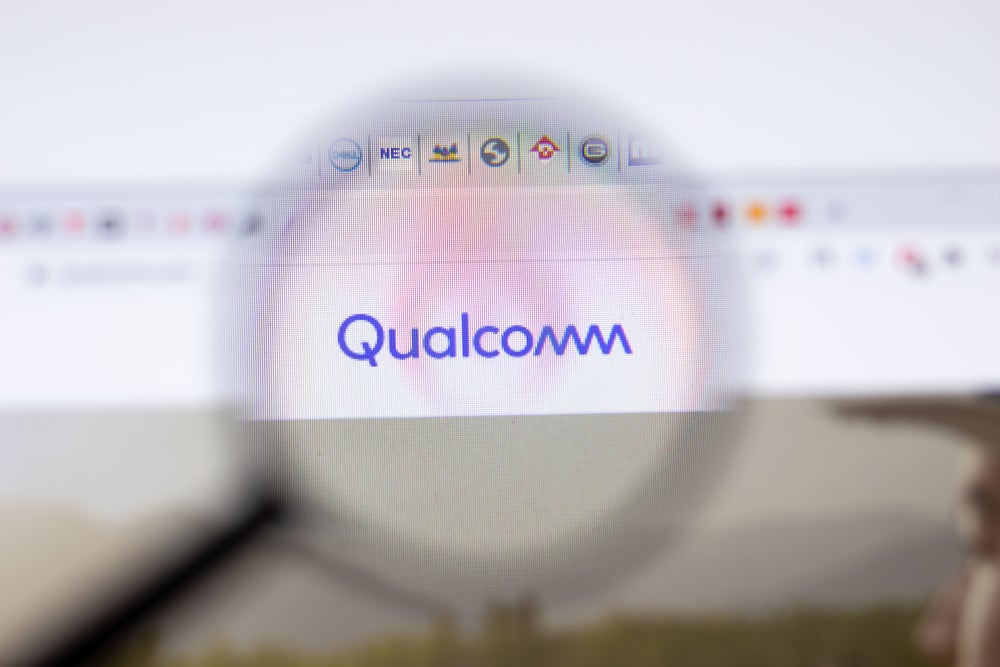 A 8% move in Tuesday’s session was enough to make shares of chipmaker Qualcomm (NASDAQ: QCOM) one of the top-performing stocks in the S&P 500 index. It’s been a solid couple of weeks for the company, with their shares now up 50% since October. Considering Qualcomm’s stock was actually negative for the year through the middle of that month, it’s been a quick turnaround, with them now on track to at least match if not beat the S&P 500’s return.

One of the key drivers behind this recent move has been the company’s fiscal Q4 earnings report, released at the start of November. Investors were already feeling good about Qualcomm’s potential back in October when the board authorized a fresh buyback program of $10 billion, a telltale sign that they viewed their own shares as undervalued, and the fresh earnings report gave the bulls even more momentum. The report had topline revenue coming in at $9.4 billion, well ahead of analyst expectations and up close to an impressive 50% on the year. At the same time their bottom line EPS also beat the estimates by 26%, landing at $2.45.

But the cherry on top of all of this was management’s forward guidance. The consensus for this current quarter’s revenue was $9.73 billion, but Qualcomm’s leadership sees it being closer to $10 – $10.8 billion. It’s quite understandable then why shares have had such a fire under them as investors and Wall Street alike help the share price to play catch up with this better than expected outlook. They’ll be hoping that this improved outlook is a sign that the supply chain concerns, which have acted as a strong headwind for much of this year, are due to start dissipating soon.

The company’s CEO Christiano Amon struck a bullish tone with the report, stating that “as of fiscal 2021, we are exceeding our 2019 Analyst Day targets for revenue growth and diversification and operating margin expansion, while more than doubling our year-over-year Non-GAAP EPS. We are well-positioned to continue to lead in mobile and enable the digital transformation of industries with our broad portfolio of relevant technologies. Our results across RF front-end, Automotive and IoT attest to the success of our technology roadmap and revenue diversification strategy.”

Amon’s optimistic sentiments have since been echoed by Goldman Sachs, who upgraded their rating on Qualcomm stock from a Neutral to Buy in response to the solid earnings report. Analyst Rod Hall and his team called out „high-end Android momentum as well as broader based positive expectations in other business lines“ as being among the key reasons for their upgrade,  as well as strong anticipation for solid demand this holiday season. They also boosted their price target on the stock to $194, and even after the recent rally, this means they’re still expecting the stock to continue pushing on to fresh all-time highs.

Existing investors have a lot to be excited about now that Qualcomm has awoken from the slumber that kept shares muted for most of 2021, and those of us on the sidelines who are considering opening a position have plenty to chew on. Only last week there were fresh reports of Qualcomm claiming a milestone victory in their long-standing patent dispute with Apple (NASDAQ: AAPL). It came after Wednesday’s 2-to-1 ruling from the U.S. Court of Appeals for the Federal Circuit that Apple “can’t revive a challenge to Qualcomm’s mobile-phone patents due to a settlement that was already reached between the tech giants.” This is the second time in a year that Apple’s challenges to the settlement have been rejected by a federal court.

Then yesterday at the company’s investor day Qualcomm management shared some key updates on their diversification strategy which will do much to quell any fears about Qualcomm being overly exposed to supply chain issues going forward. They talked about mobile handsets, Internet of Things technologies and fresh moves into the automotive industry. This last point, in particular, garnered some attention as the company said they’ve just agreed to a deal to provide key technologies to BMW’s automated driving unit.

While it’s important to note that the stock’s RSI suggests extremely overbought conditions, it’s also true that Qualcomm shares are playing catch-up having lagged their peers and the broader market for most of the year so far. That might lend itself to some volatility in the near-term, but for those of us with a long enough time horizon, Qualcomm as an addition to the portfolio is almost a no-brainer.