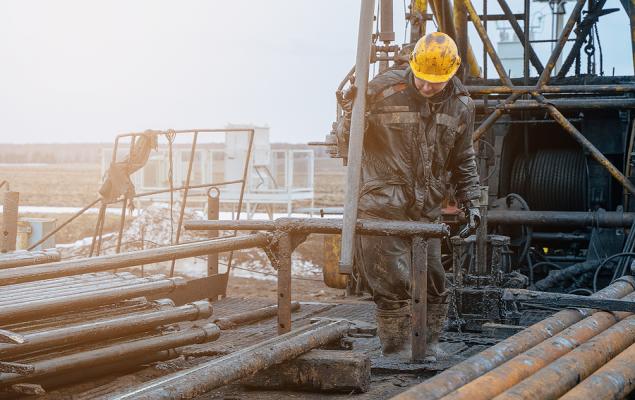 Northern Oil and Gas NOG stock has shown no substantial movement since the third-quarter 2021 earnings announcement on Nov 5. Despite the company’s enhanced 2021 guidance, higher commodity prices and better-than-expected production, its shares failed to display an uptrend as a result of massive long-term debt, restricting its financial flexibility and limiting growth in the process. Northern’s bottom-line miss despite help from higher prices added to the investor skepticism.

Independent oil and gas producer Northernreported third-quarter 2021 adjusted earnings per share of 84 cents, lagging the Zacks Consensus Estimate of 91 cents, owing to increased capital expenses on organic drilling and development. However, the same significantly improved from the year-ago profit of 51 cents. The outperformance can be attributed to higher commodity prices and a better-than-expected production.

The company’s oil and gas sales of $259.67 million beat the Zacks Consensus Estimate of $215 million. The top line also skyrocketed from the year-ago figure of $74 million.

The average sales price for crude in the third quarter was $64.91 per barrel, reflecting an 89% increase from the prior-year realization of $34.36. The average realized natural gas price was $4.33 per thousand cubic feet compared with 83 cents in the year-earlier period.

Total operating expenses in the quarter plummeted to $104.5 million from the year-ago quarter’s $266 million. This was mainly on account of the absence of massive impairment charges of $199.5 million that Northern had incurred in the third quarter of 2020. The company’s lease operating expenses also fell to $8.15 per barrel of oil equivalent (Boe) from the year-ago figure of $9.04 per Boe. Meanwhile, general and administrative expenses declined 40% year over year on a per-barrel basis.

As of Sep 30, the owner of non-operating, minority interests in thousands of oil and gas wells had $2 million in cash and cash equivalents. The company had long-term debt of $858.4 million.

After suffering a frightening crash in 2020, the energy space has been moving uphill from the start of this year, courtesy of the surging demand from the economic reopening. The rally in oil and natural gas prices allowed the operators to deliver a solid financial performance. While Northern failed to beat the Zacks Consensus Estimate, most exploration and production companies have issued encouraging results.

EOG Resources reported third-quarter 2021 adjusted earnings per share of $2.16, beating the Zacks Consensus Estimate of $2.01. Strong earnings were driven by increased production volumes and a higher realization of commodity prices.

EOG announced a quarterly dividend of 75 cents per share, indicating an 82% increase from the previous level. The dividend will be paid out on Jan 28, 2022, to its shareholders of record as of Jan 14, 2022. EOG also declared a special dividend of $2 per share. Its board of directors updated its share repurchase authorization to $5 billion.

Diamondback Energy reported third-quarter 2021 adjusted earnings of $2.94 per share, which surpassed the Zacks Consensus Estimate of $2.81 and the year-ago quarter’s earnings of 62 cents. FANG’s bottom line was aided by a better-than-expected production.

Diamondback’s board of directors declared a dividend of 50 cents per share for the third quarter. This signifies an 11.1% hike in its quarterly payout from the previous level of 45 cents. The amount will be paid out on Nov 18, 2021, to its shareholders of record as of Nov 11. The Zacks Rank #1 (Strong Buy) company also generated a free cash flow of $740 million in the third quarter.

ConocoPhillips reported third-quarter 2021 adjusted earnings per share of $1.77, comfortably beating the Zacks Consensus Estimate of $1.53. The outperformance is led by increased production volumes, owing to the Concho acquisition and rising realized commodity prices.

Based in Houston, TX, one of the world’s largest independent oil and gas producers‘ capital expenditure and investments totaled $1.3 billion, and dividend payments grossed $579 million. ConocoPhillips‘ net cash provided by operating activities was recorded at $4.8 billion, up from the year-ago figure of $868 million. COP generated a free cash flow of $2.8 billion in the third quarter.

Zacks‘ Top Picks to Cash in on Artificial Intelligence