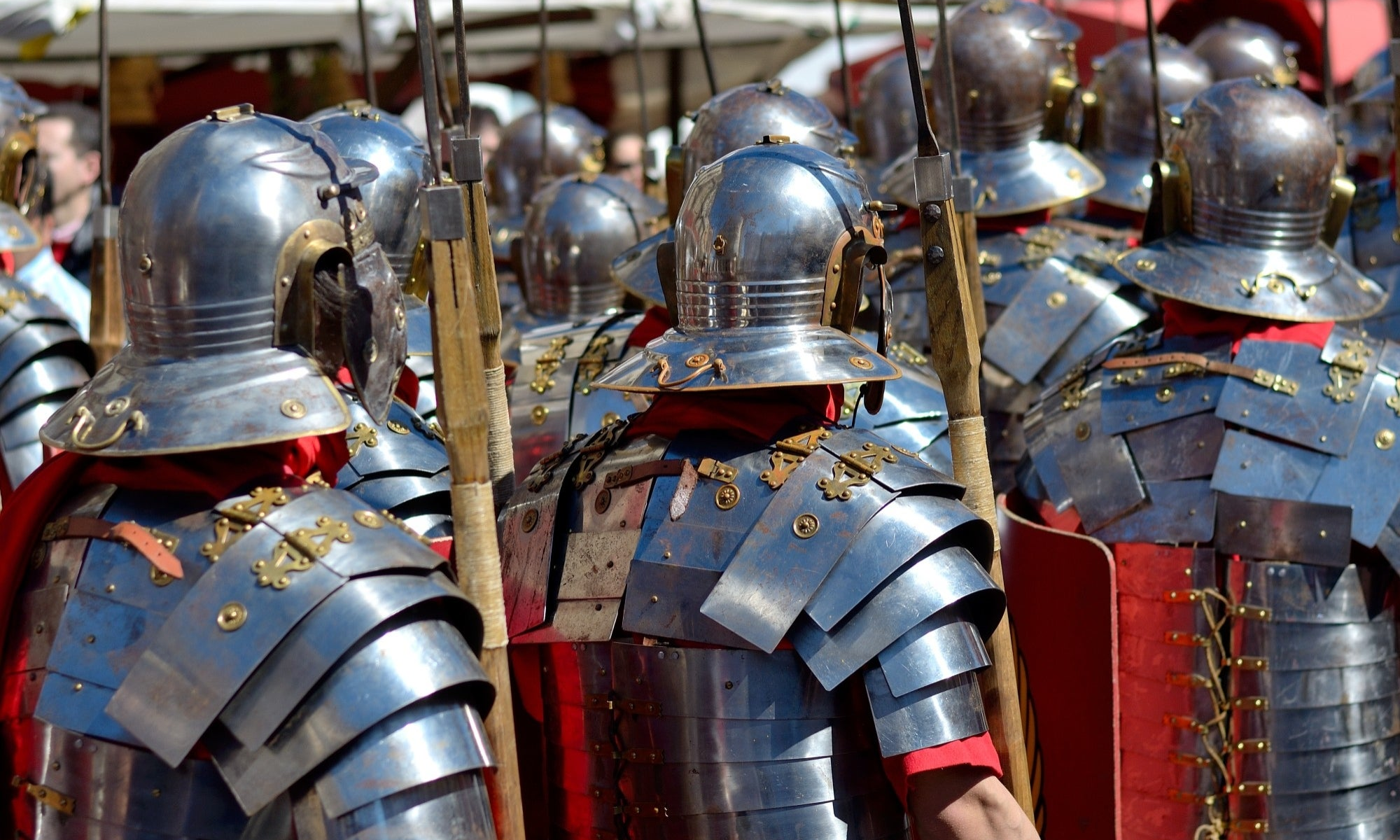 In Ancient Roman times, the soldiers of the legions that fought for the Empire were paid in two ways: with coins (called „denarii“, from which the word ‚money‘ would be born) or with salt (from which the word ’salary‘ would be born). Both were valuable items that could be exchanged for other goods, hence the troop accepted them as means of payment.

The word „soldier“ also defined those who received a ’salary‘, that is, those who worked in exchange for payment. In the modern world, we call those who get paid to work professionals. The fact is that for centuries work has been rewarded with something valuable and, since the Industrial Revolution, money has been the most common way of delivering that value to employees.

For most of the 20th century, salary was the main variable for attracting and retaining talent in companies. And it was common for many people to want to enter organizations hoping to earn a living in them for many years. When I was a child, for example, my grandparents recommended that I look for „a company that would give me bread for life.“

But things change fast. The new generations are more prepared and are skilled at accessing technology and information. So, in theory, almost anyone can launch their own startup today or change companies at any time. Statistics confirm that many Gen X and Millennials are averse to working „9 to 5“ in companies and offices or prefer to maintain a reasonable balance between their personal and professional lives . You will find more clues about it in this infographic from Entrepreneur.com .

So while it is still very important, money is a less powerful argument when it comes to attracting and especially keeping talent in companies. I have met young, skilled professionals who resigned because they were “ sick, tired, and sick “ of treating others inhumanely. Or for being treated like that themselves. These guys prefer to earn less, but be happier.

There are ways to define emotional salary. Professors Reis, Campagnolli, da Silva and Cremonezi say that it is „any type of immaterial compensation that the worker comes to receive in exchange for the services rendered.“ In a study they confirmed that it is an effective strategy for talent retention, since it makes the employee „feel more motivated and work with more harmony“.

Just as money is counted in different bills and coins, the emotional salary can take different forms. For example, the British consulting firm FactorialHR mentions three: the psychological well-being of the employee, the reconciliation of his life with his work and development opportunities . And the Spanish consultant Emotional Salary Barometer points out ten: autonomy, the feeling of belonging, the recognition of creativity, support or career direction, enjoyment, inspiration, mastery, personal growth, professional growth and feeling of purpose.

All of these things are part of the emotional salary and none of them is exactly money. However, they are still important: if we deny them to the collaborator, he will soon become bitter and feel like a slave to his work. No matter how many pesos we pay you, you will lose your taste for the task and at the end of the day you will make the job worse. And the client will end up noticing and punishing it.

To prevent this from happening, common sense appears. The founder of Virgin, Sir Richard Branson, is credited with such sensible phrases as, for example: „Treat your employees well, because they will treat your customers well“, or „Train staff so well that they can leave if they want to. But treat him so well that he never wants to leave . In both cases, he was referring to emotional salary. 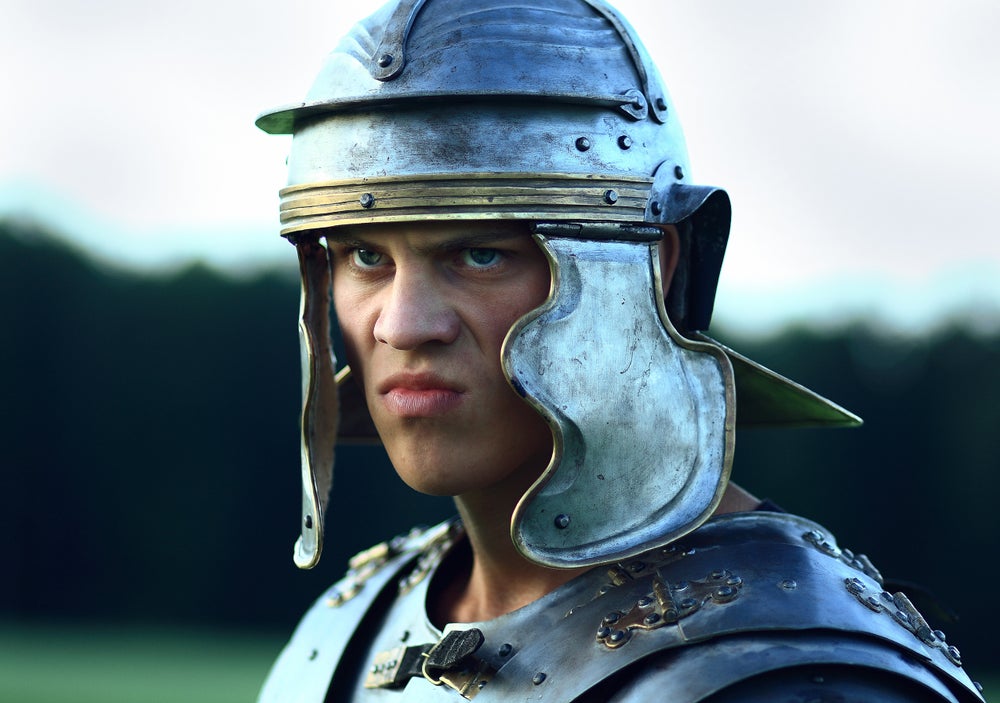 „Treat your employees well, they will treat your customers well“ / Image: Depositphotos.com

Now: what does this have to do with storytelling?

Think wisely. We have talked about pride of belonging, creativity, autonomy, support… They are all subtle and subjective elements. Not everyone on a team will feel comfortable having more autonomy, nor will everyone be inspired in the same way. Nor will they enjoy the same things, nor will they aspire to grow personally or professionally to the same extent.

Instead, there is something that will satisfy all team members in the same way: feeling recognized, being part of a community and participating in a common project. We all want to belong to something. Nobody wants to feel like they are being thrown out of a place, no matter how lonely they want to live. We all like to feel that when someone talks about our organization, we are mentioned and recognized as an active, visible and beneficial part of that story. Because we all like to mean something good to someone.

Following that logic, if you want to reward someone, in addition to paying them just enough money and treating them well, you can give them a story that gives them their dose of prominence and feeling. In other words: storytelling is a great help to pay a better emotional salary to your collaborators (if you are a leader) or to feel more part of your team (if you are a collaborator).

I’m going to share with you four steps with which to put together a story that will serve as an effective emotional reward in seconds. And, in addition, it will make your collaborators feel like protagonists, because they themselves will build it for you.

The step by step is this:

1) Approach whoever you want to reward . Find the person at an appropriate time (perhaps a break, or in the elevator when leaving the office) and listen to any anecdote that begins to tell about any aspect of their personal or professional life. It can be a minor problem or a big issue. Pay attention to it, because that will be the basis of the story.

2) Ask him about the starting situation . At the same time, or the next day, ask the person for more details about the situation or problem they mentioned. Ask him when it was, where it was, with whom it was, under what circumstances … If you have confidence with that person, you will see how he shares it with passion, because he will recreate himself in the situation he lived. This will amount to the setting of your story.

3) Ask him what was the most difficult (or risky) part of what he tells you . Invite him to explain what his main fear was; how many times you tried to solve the problem or situation without success; what risk was he taking if he acted one way or another, or if he made the wrong decision; how many people did you ask for help; what each one told him; how he solved the question … You will see how that person opens up even more, and feels at ease while he tells you the plot of his story.

4) Ask him, finally, what he learned from that experience . Ask him to explain what lesson he learned from these events; at least, let him tell you what he would repeat and what he would avoid if the same thing happened again; You can even ask him what his recommendation is for you, since you are thinking of following in his footsteps. That amounts to the denouement and the moral of the story.

Note that these four steps will save you the need to create a story. Quite the contrary: you will cause that person to believe it for you. It is an exercise in reverse psychology. The best thing is that that person wants you to recognize them and will do their best to give you detail and please you.

If he feels that you listen to his story thoroughly and that you admire him for what he has learned, he will feel your appreciation and the importance you place on him. She will know that her story is part of you and that you are part of her. That person will be collecting an emotional salary.

Pure matter of minutes. And it works for everyone, as long as it’s done in an informal context. So take advantage of the breaks and meetings in front of the coffee maker to promote that conversation. If you are a leader, you will make your collaborators feel better. And if you are a collaborator, you will make your colleagues (and your bosses) feel more recognized. All of this will help the project flow better.

You know: if you want your team to work like the legionaries of ancient Rome, don’t take away their emotional salary.